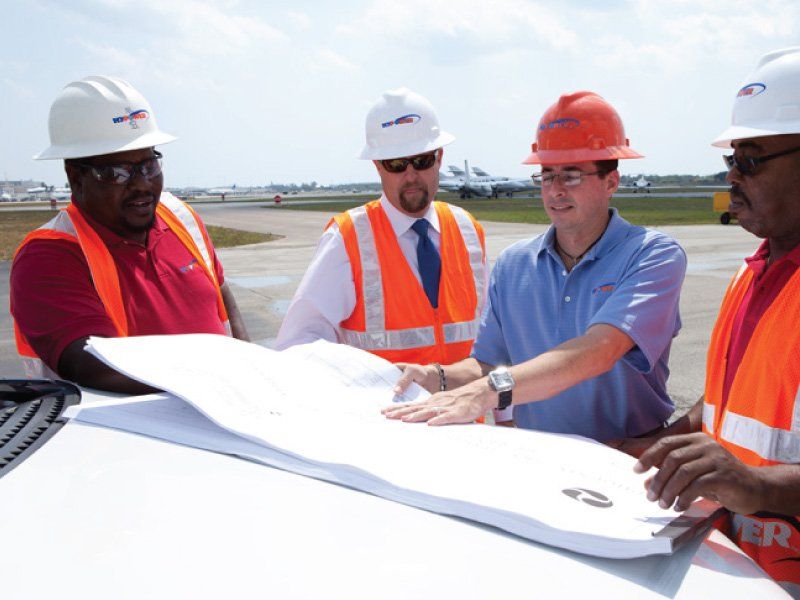 Most Florida contractors say they plan to boost their workforces by 25 percent this year, but that’s the same level as a year ago — even though work is booming and more is anticipated in 2017.

“Not only is the construction market strong, but companies feel particularly optimistic moving forward,” said Peter Dyga, CEO of the Associated Builders and Contractors’ Florida East Coast chapter, which helps train construction workers. He said higher infrastructure spending is likely to “exacerbate” the worker shortage in South Florida and the state.

Thirty percent of Florida contractors say they plan to hire more than 25 workers for increased construction activity this year, according to a new survey released Tuesday by The Associated General Contractors of America, an Arlington, Va.,-based trade association. Another 7 percent said they would add 16 to 25 new workers.

The forecast springs from Florida’s construction rebound in 2016 and optimism that President-Elect Donald Trump will make good on campaign promises that he’ll press Congress to plow hundreds of millions into infrastructure projects.

More than half of Florida’s contractors say they continue to experience shortages in skilled labor, even though local groups are working as quickly as they can to train new workers.

But Stephen Sandherr, president of Associated General Contractors of America, said on a call with media Tuesday that despite contractors’ optimism, “we are reminding our members not to engage in ‘irrational exuberance.’ Getting a big infrastructure package through Congress will be a major undertaking.”

In August, the group enrolled its largest class, 267, since 2007, and now has a total of 740 people in its four-year construction apprentice programs.

Builders and their subcontractors lost many skilled workers to the oil drilling industry and other sectors during the housing crisis and recession. More entry-level workers also are needed as Baby Boomer workers retire. Now that Florida’s construction industry is booming again, it is struggling to find workers that have the skills they need.

Construction increases in Florida are expected to be strongest in transportation, including transit, rail and ports; as well as higher education. Other sectors showing growth were: hospitals; retail and warehouse; offices; apartments and other multifamily residential housing;; highway and public buildings, including schools.

Nationwide, 73 percent of construction firms plan to expand their payrolls in 2017 as contractors expect private and public sector demand to grow in all market segments, according to the survey results. Nearly 1,300 companies participated in the survey that was taken between November and mid-December.

Hypower is a top Electrical and Utility Contracting Company with several divisions that focus on outside plant power and communications projects,  prime electrical infrastructure and ground-mount solar nationwide. Hypower also specializes in 24/7 commercial and industrial electrical service and repair in South Florida. Founded in 1991, Hypower is licensed to operate in 20+ states upholding high safety standards and quality results on all projects. For more information visit https://www.hypowerinc.com. Follow Hypower on LinkedIn and Twitter.

Hypower is an Equal Employment Opportunity/Affirmative Action Employer that values diversity and inclusiveness in the workplace. Women, Minorities, Individuals with Disabilities and Veterans are encouraged to apply.

At Hypower we are not content to follow; we have set our sights on being number one. We want to revolutionize the way a successful company in our field conducts itself. We are confident that our success, and our future as an organization, will come from the blending of Customer’s, EMPLOYEE’S, and Corporate Goals.

We are a traditional, family based company with a passion for innovation. You’ll be joining a group of professionals dedicated to being the best specialty contractor in Florida and the Southeastern United States. We offer Competitive Pay Rates and an excellent work environment. We offer a comprehensive and competitive Benefits Package that includes health, dental, life and AD&D insurance, 401K plan, and vacation pay.