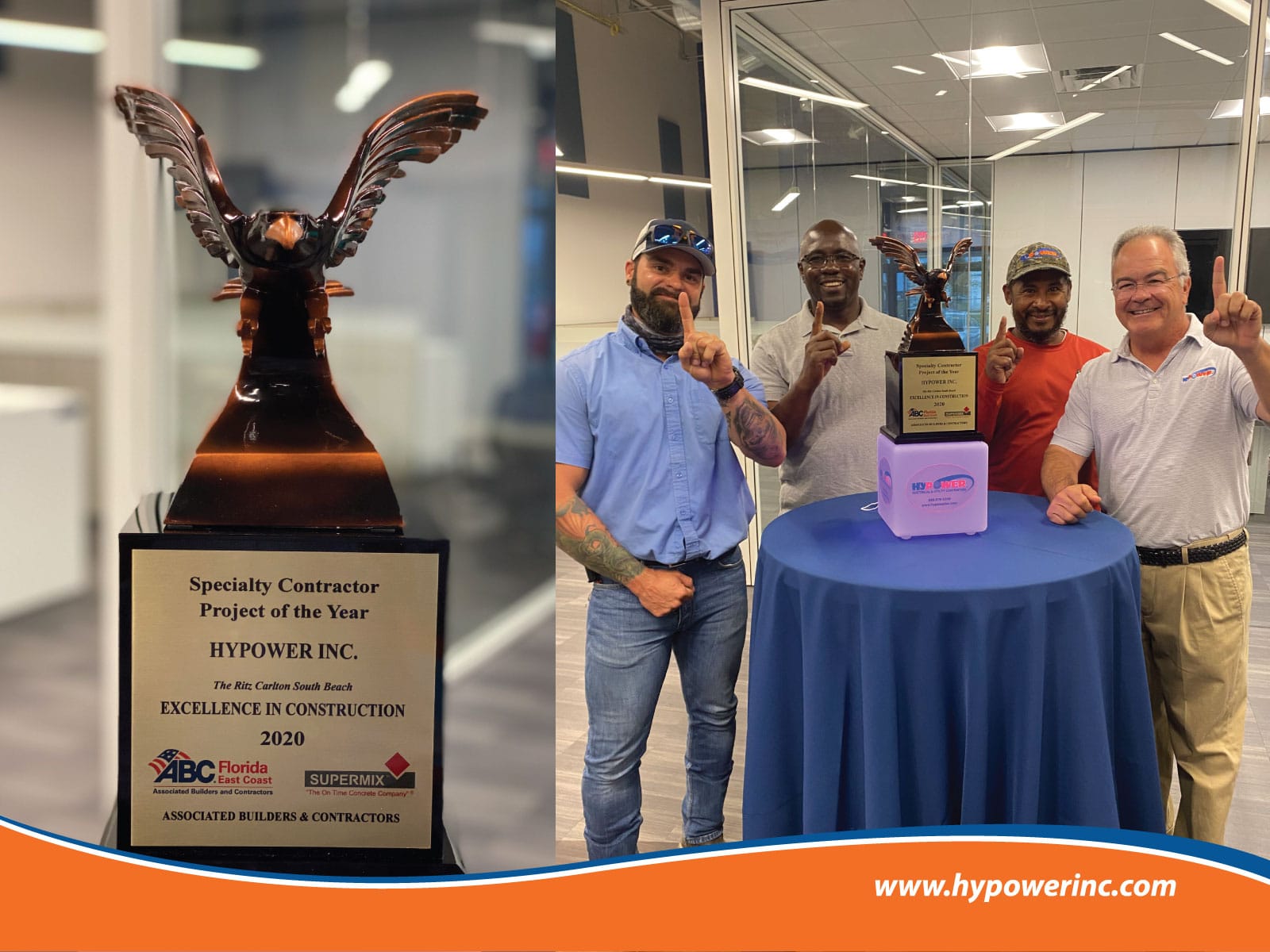 FORT LAUDERDALE, FLORIDA, October 23, 2020 – Hypower, a leading electrical and utility contractor in the Southeast, took home two Eagle Awards and  Specialty Contractor Project of the Year at the 2020 Excellence in Construction Awards by the Associated Builders and Contractors (ABC), Florida East Coast Chapter presented at a virtual party.

“We are incredibly honored and humbled to once again receive such a prestigious recognition from the ABC Florida East Coast Chapter,” said Hypower President and CEO Bernard Paul-Hus. “At Hypower, we are truly passionate about the quality of our services, and we always strive for excellence in everything we do. I want to thank our entire team for their hard work and dedication, and our clients for their trust and our great relationships.” 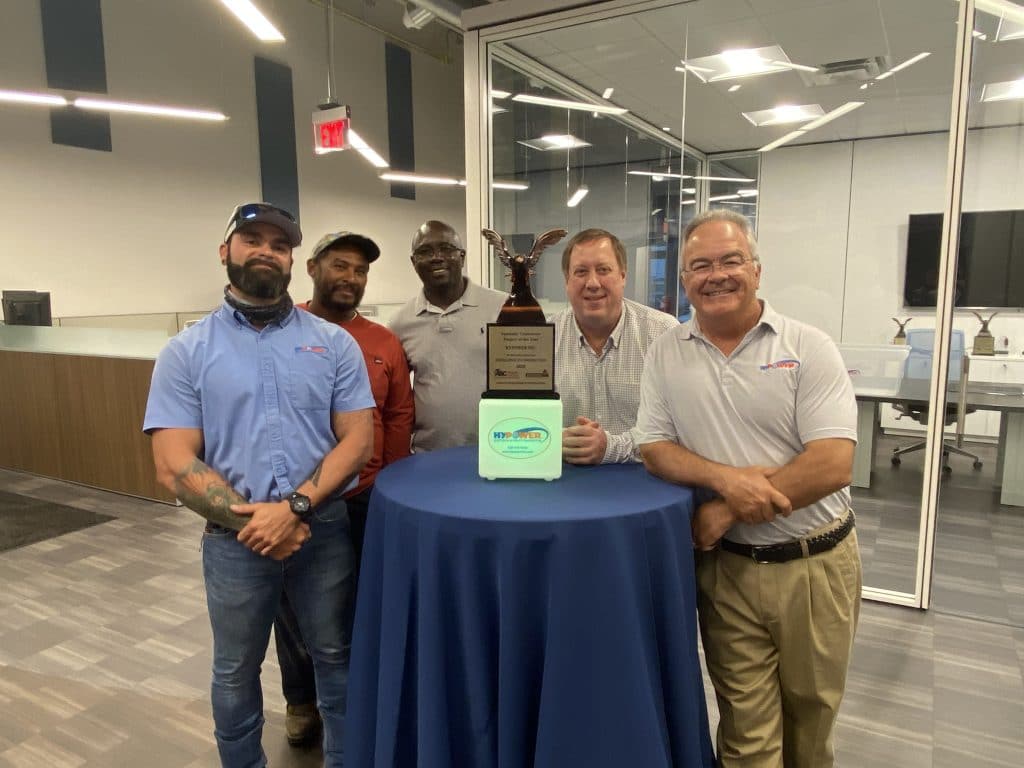 Ranked by ENR magazine as a top commercial electrical and utility contractor in the Southeast, Hypower works with some of the leading general contractors, utilities, developers, and institutions in the United States. The company operates through several divisions that specialize in electrical building construction, outside plant power and communications projects, prime electrical infrastructure, airfield lighting, and ground-mount solar nationwide. Hypower also specializes in 24/7 commercial and industrial electrical service and repair in South Florida. Founded in 1991 and headquartered in Fort Lauderdale, Florida, Hypower is a family-owned company that currently employs more than 400 people and has successfully completed over 1,000 projects valued at over $1 billion. Hypower consistently ranks at the top of its class nationally for its exemplary safety and innovation record within the construction market.

Hypower has long been widely recognized for its culture of innovation and industry excellence. It was named a 2017 Business of The Year and a 2018 Healthiest Employer and a 2020 Best Places to Work Honoree by the South Florida Business Journal. Hypower holds the distinction of winning the highest number of Eagle Awards won by any contractor- six 2017 Excellence in Construction Awards, five 2018 Excellence in Construction Awards including Specialty Contractor Project of the Year, presented by the Associated Builders and Contractors, Florida East Coast Chapter. Hypower is currently recognized as a TOP 30 Electrical Contractor in the nation by Associated Builders and Contractors. The company was included in ABC’s 2019 Top 150 Performers list in the USA and was named Accredited Quality Contractor in 2018 and 2019. The company places an extraordinary emphasis on safety and loss prevention from an employee, job site, and public safety perspective- Hypower was honored with an ABC STEP Platinum Award for Safety Training consecutively in the last five years.