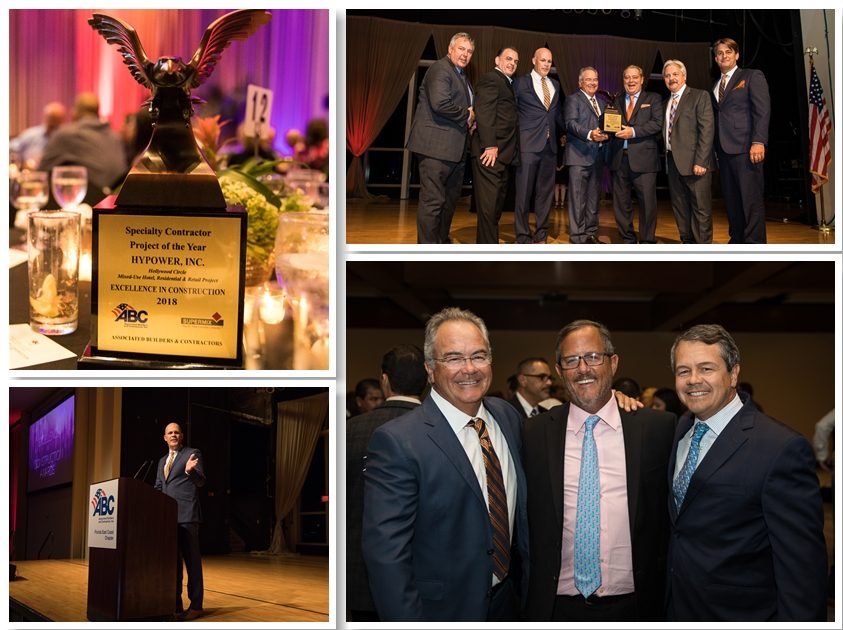 Hypower, Wins the Most Excellence in Construction Awards for Second Consecutive Year

Leading electrical and utility contracting company Hypower is pleased to announce that it was named Specialty Contractor of the Year and honored with five prestigious recognitions at the 2018 Excellence in Construction Awards by the Associated Builders and Contractors (ABC), Florida East Coast Chapter. For the second year in a row, Hypower became the most-awarded company of all specialty contractors in South Florida that were nominated for ABC’s highly sought-after recognition.

FORT LAUDERDALE, FLORIDA, November 2 , 2018 – Hypower, a leading electrical and utility contracting company took home a record-breaking number of recognitions at the 2018 Excellence in Construction Awards by the Associated Builders and Contractors (ABC), Florida East Coast Chapter that took place on October 19 at the Boca Raton Resort & Club. Raising the bar for excellence in the construction industry, Hypower won five Eagle Awards, including Specialty Contractor Project of the Year, and was also named Specialty Contractor of the Year.

“We are incredibly honored and humbled to once again receive such a prestigious recognition from the ABC Florida East Coast Chapter,” said Hypower President and CEO Bernard Paul-Hus. “At Hypower, we are truly passionate about the quality of our services, and we always strive for excellence in everything we do. I want to thank our entire team for their hard work and dedication, and our clients for their trust and our great relationships.” 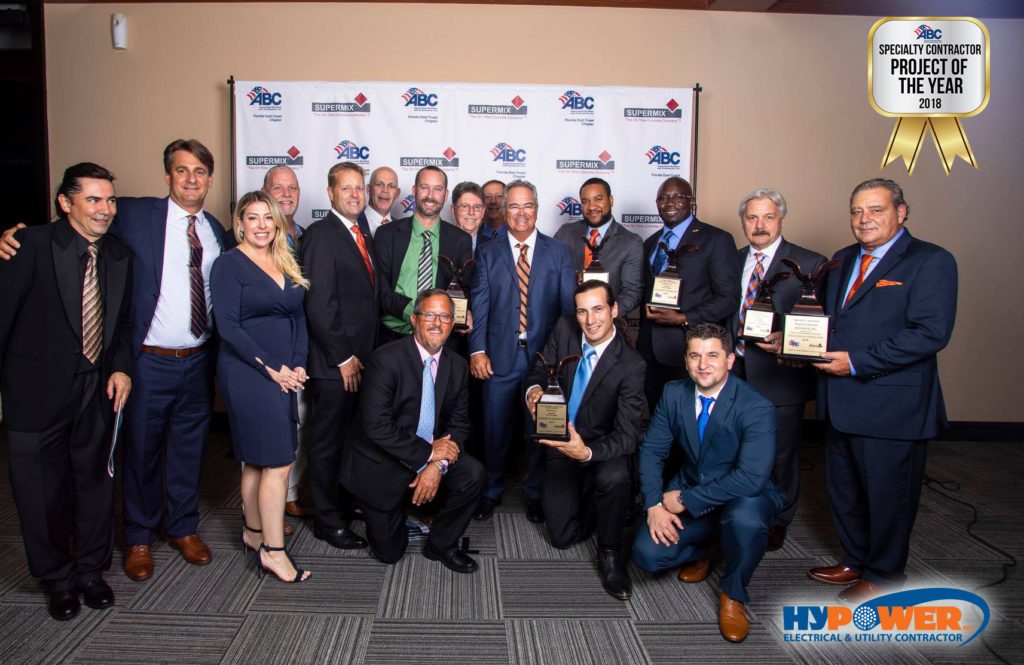 As a winner of the Eagle Awards, Hypower has now qualified to submit its projects for the ABC National Awards.

Last year, the company won six Excellence in Construction Awards by ABC, Florida East Coast Chapter, and in 2016, the trade association awarded Hypower three Eagle Awards and one Pyramid Award for four of its projects that year.

Hypower has long been widely recognized for its culture of innovation and industry excellence. It was named a 2017 Business of The Year and a 2018 Healthiest Employer by the South Florida Business Journal, received six 2017 Excellence in Construction Awards by Associated Builders and Contractors, Florida East Coast Chapter, and was honored with an ABC STEP Platinum Award for Safety Training by Associated Builders and Contractors, Inc. in both 2016 and 2017.