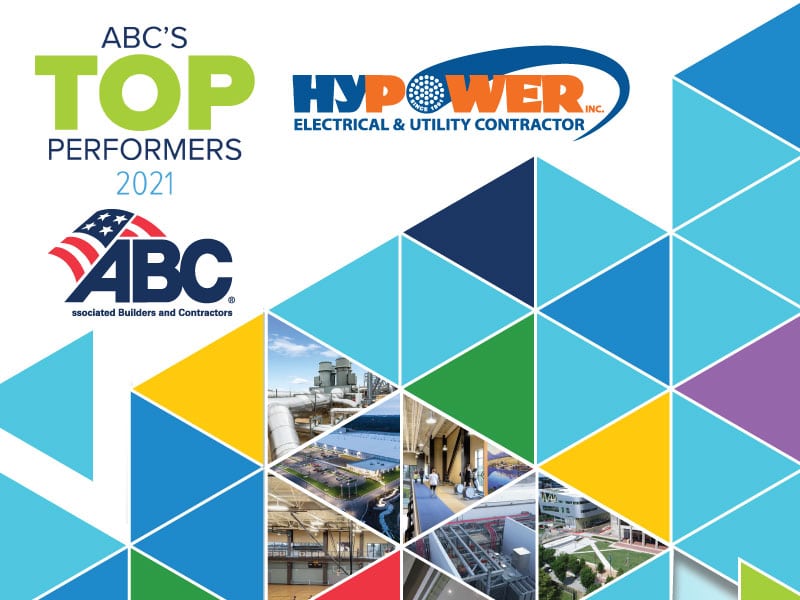 To be eligible, Hypower demonstrated world-class safety performance by achieving Platinum Status in ABC’s STEP Safety Management System, which makes the top-performing contractors up to 655% safer than the U.S. Bureau of Labor Statistics industry average, according to the ABC 2021 Safety Performance Report. The Top Performers were ranked by size based on the number of hours worked in 2019, as reported in their 2020 STEP applications. ABC members that earn the AQC credential certify their commitment to quality, safety, craft and management education, talent management, inclusion, diversity, quality and community relations.