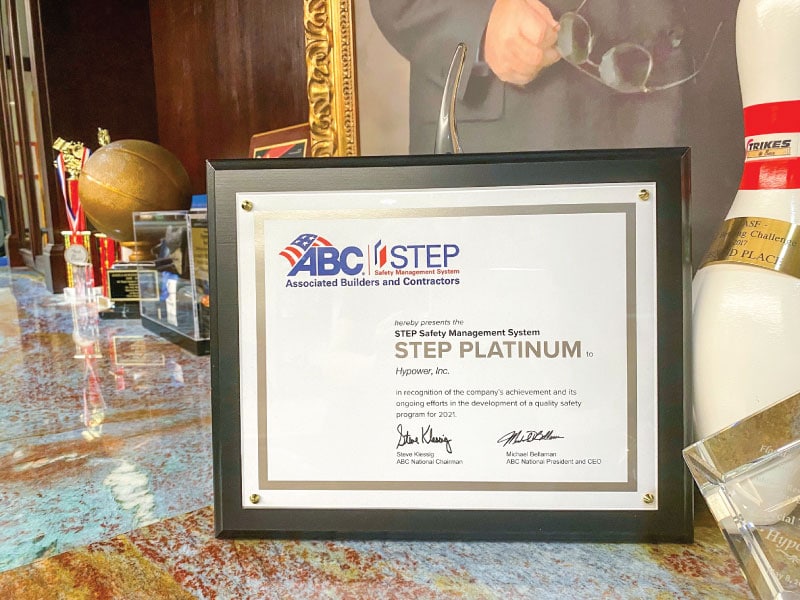 FORT LAUDERDALE, FLORIDA, December 14, 2021 – Hypower, a leading electrical and utility contractor in the Southeast, is honored to be a recipient of the Associated Builders and Contractors (ABC)  Safety Management System Award, recognizing the company’s ongoing efforts in maintaining a quality safety program for 2021. This award recognizes “Best in Class” construction firms in the U.S.

The Hypower team was presented with the ABC STEP (Safety, Teaching, Evaluation, Process) Platinum Award at the ABC Holiday Installation Celebration on December 14, 2021, at the Bonnet House in Fort Lauderdale.

The East Coast Chapter represents General and Specialty Contractors, associate and supplier members from Key West to Brevard County who share ABC’s belief in open and competitive processes, in the importance of industry education, training and safety services, and in the role the association plays in these areas. For more information, call:  954-984-0075 or visit: https://www.abceastflorida.com/