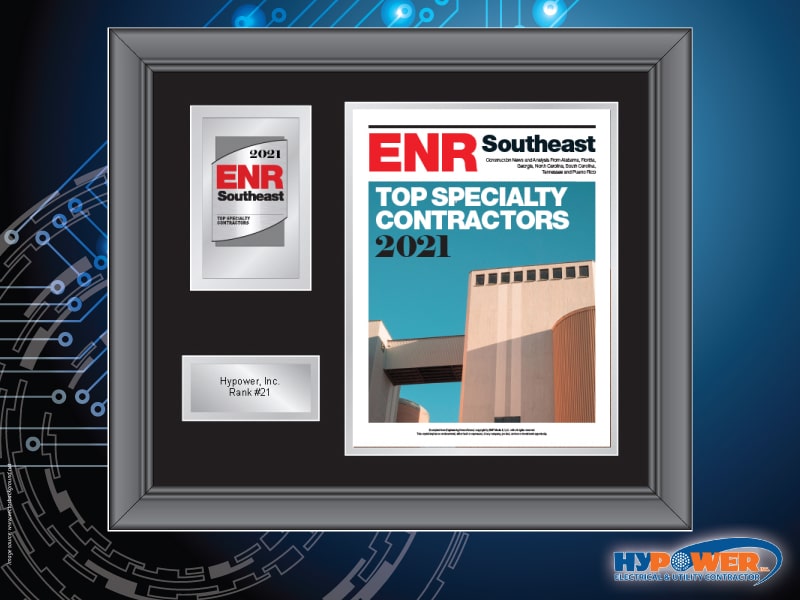 Hypower is honored to be included in ENR Southeast’s list of Top Specialty Contractors.

Companies were ranked based on their 2020 regional revenue.

Hypower was ranked 21st among some of the best in the industry.

The recognition is the latest in a series of honors for Hypower. The company was also placed on the 2021 Associated Builders and Contractors Top Performers List.