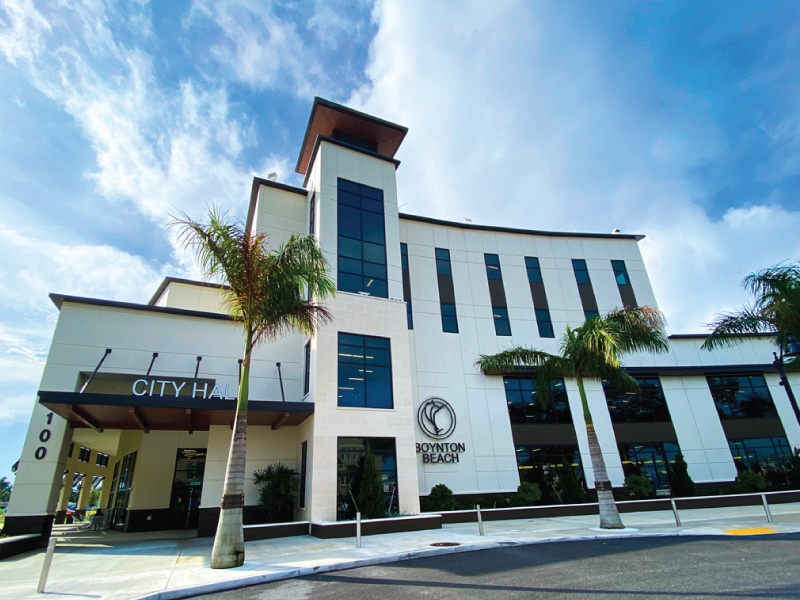 Update: The Boynton Beach (Florida) City Hall and Library project designed in a public-private partnership (P3), received the National Award of Excellence in the Federal/State/County/Municipal category at the Design-Build Institute of America (DBIA) awards dinner and ceremony in Denver, Colorado. Built in a public-private partnership using progressive design-build delivery, the winner emerged from three finalists.

The 4-story, 102,000 SF Boynton Beach City Hall and Library is the first P3 project of its kind attempted in the state of Florida. Despite having to work with an expedited schedule, the design-build team completed this project on time with enhanced features provided by adding $2.5 million of scope from their own contingency funds. 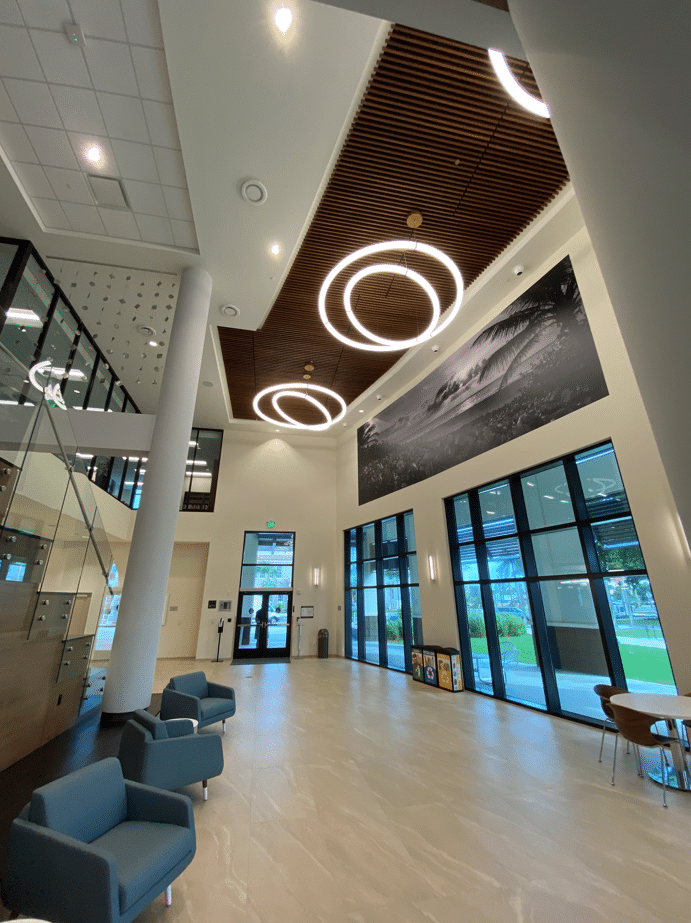 The new 102,000 SF, 4-story City Hall and Library facility is a tilt-up and steel structure building including spaces for the city management staff, building department, commission chambers, community space, a public library, and space for a future café. The City initiated a master plan for the redevelopment of 16 acres into a pedestrian-friendly town center to live, work and play. The City Hall and Library facility, along with its open space program, was designed to invite and promote private development in the area with the redevelopment’s added amenities and enhanced public safety criteria. This project was unique in that it houses many city departments, each with functional requirements. Throughout the project, the team was challenged to further refine the design even throughout construction. The city’s architect collaborated with the team to resolve issues and review user group requests.

About Design-Build Institute of America

By convening multiple disciplines, the members of DBIA have upended the status quo on projects both big and small to reinvent what design-build can accomplish for our nation. Because DBIA delivers education and certification that drive not just business transformation but industry imagination, the organization inspires both projects and futures. DBIA ensures that everyone in its community—from practitioners to Owners to everyday citizens—takes advantage of the power of design-build so they can realize higher quality outcomes for today and thousands of tomorrows. Today, the Design-Build Institute of America is the true authority on Design-Build Done Right®. Comprised of architectural, engineering, and construction professionals, as well as academics, students, and project Owners, its members collaborate and innovate to deliver some of America’s most successful projects.

FORT LAUDERDALE, FLORIDA, December 11, 2020 – Hypower, a leading electrical and utility contractor in the…