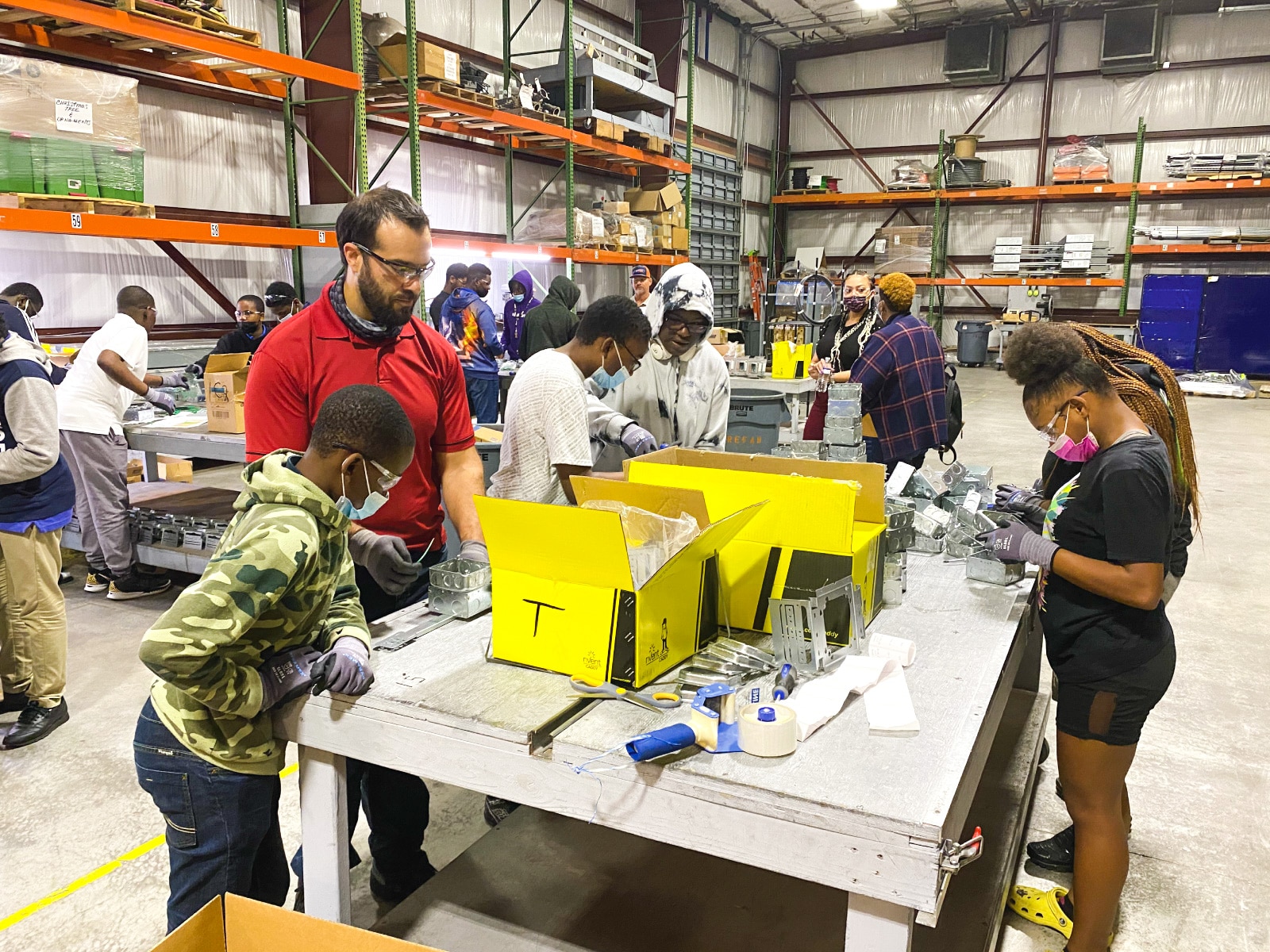 Peter Weisberg, Field operations Manager at Hypower, the main host of the gathering, accommodated over 30 kids was excited to share, “We hope we showed these kids a career opportunity that sparks interest. They really seemed to enjoy it, and we had a great time as well”. 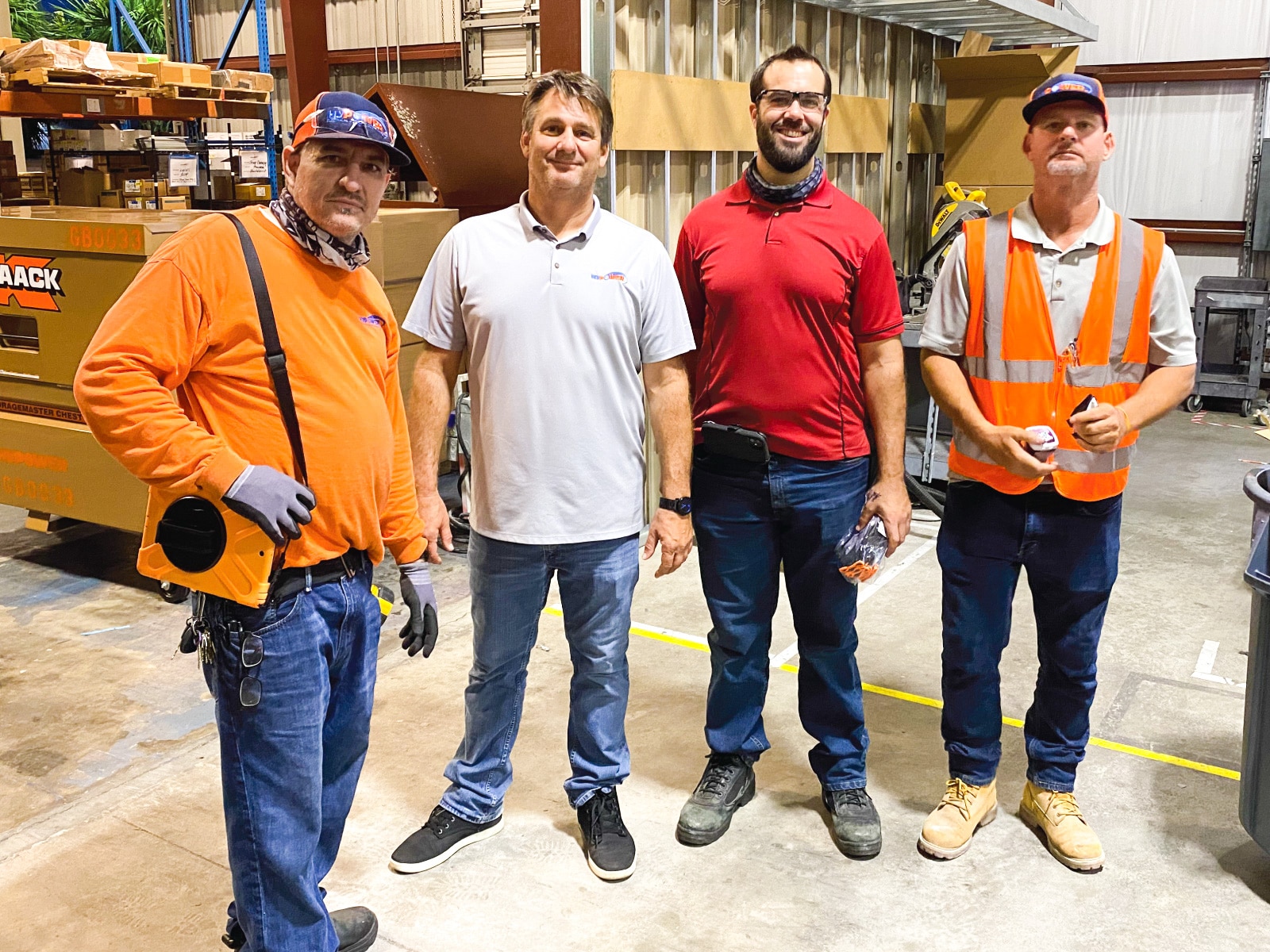 Hypower’s interest in HANDY is rooted in the belief that all youth have potential and the ability to succeed and prosper with the right opportunities and support. Hypower wholly supports and believes in the mission of the foundation, to achieve positive, lasting change for youth by providing skills, education, and a supportive community. Apart from being partners of the charity, Hypower was delighted at the opportunity to spark the interest of a potential future engineer. The company collaborated with HANDY to create an educational and interactive learning environment, teaching the program’s youth several different electrical projects, such as putting together their own assemblies.

“We are very fortunate to be able to share our time and career paths with these kids in order to help guide them into a lasting career in the construction industry or any other they choose. We are proud to be able to provide a platform for HANDY’s youth to do so”, said Hypower’s  Quality Assurance Manager, Rob Weisberg.

For over 30 years, HANDY has helped Broward’s abused, neglected, and disadvantaged youth by providing the care and education they need to transition into successful adults. Hypower is one of the main sponsors of HANDY’s various initiatives. As part of HANDY’s “Resume for Life” implementation, they dedicate their Thursdays to exposing the youth to the different career opportunities available in their direct community.

“It was fun to see the kids learn and gain confidence as we did this workshop with them. At first most of them were hesitant and unsure since they didn’t know what they were exactly doing, but then they gained confidence and began to take ownership of whatever their task was! I  hope they take the experience to heart!”, commented Jonathan Heaner, Prefabrication Manager at Hypower.

Hypower is a full-service commercial electrical and utility contractor. The company works with some of the leading general contractors, utilities, developers, and institutions in the United States. Hypower operates through several divisions specializing in electrical building construction, outside plant power and communications projects, prime electrical infrastructure, airfield lighting, and ground-mount and floating solar farms nationwide. The company also specializes in 24/7 commercial and industrial electrical service and repair in South and Central Florida. Founded in 1991 and headquartered in Fort Lauderdale, Florida, Hypower employs more than 400 people and has successfully completed over 1,000 projects valued at over $1 billion. Hypower is licensed to operate in more than 30 states and consistently ranks at the top of its class nationally for its exemplary safety and innovation record within the construction market. Widely recognized for its industry excellence, Hypower is currently ranked as a TOP 20 Electrical Contractor in the nation by Associated Builders and Contractors (ABC). This national U.S. trade association also placed the company on its 2022 Top 200 Performers list. Hypower consistently maintains an extraordinary emphasis on safety from an employee, job site, and public safety perspective. As a result, Hypower has been honored with ABC STEP Platinum Awards for Safety Training consecutively since 2013. Hypower was selected as a 2017 Business of The Year and a 2020 Best Places to Work by the South Florida Business Journal. The company has won over 20 Excellence in Construction Eagle Awards presented by ABC, Florida East Coast Chapter, and has been named an Accredited Quality Contractor for the last six years. Hypower has also won the prestigious Specialty Contractor Project of the Year award in 2018 and 2020. Hypower's President Bernard Paul-Hus was honored with the 2020 South Florida Ultimate CEO Award by the South Florida Business Journal.