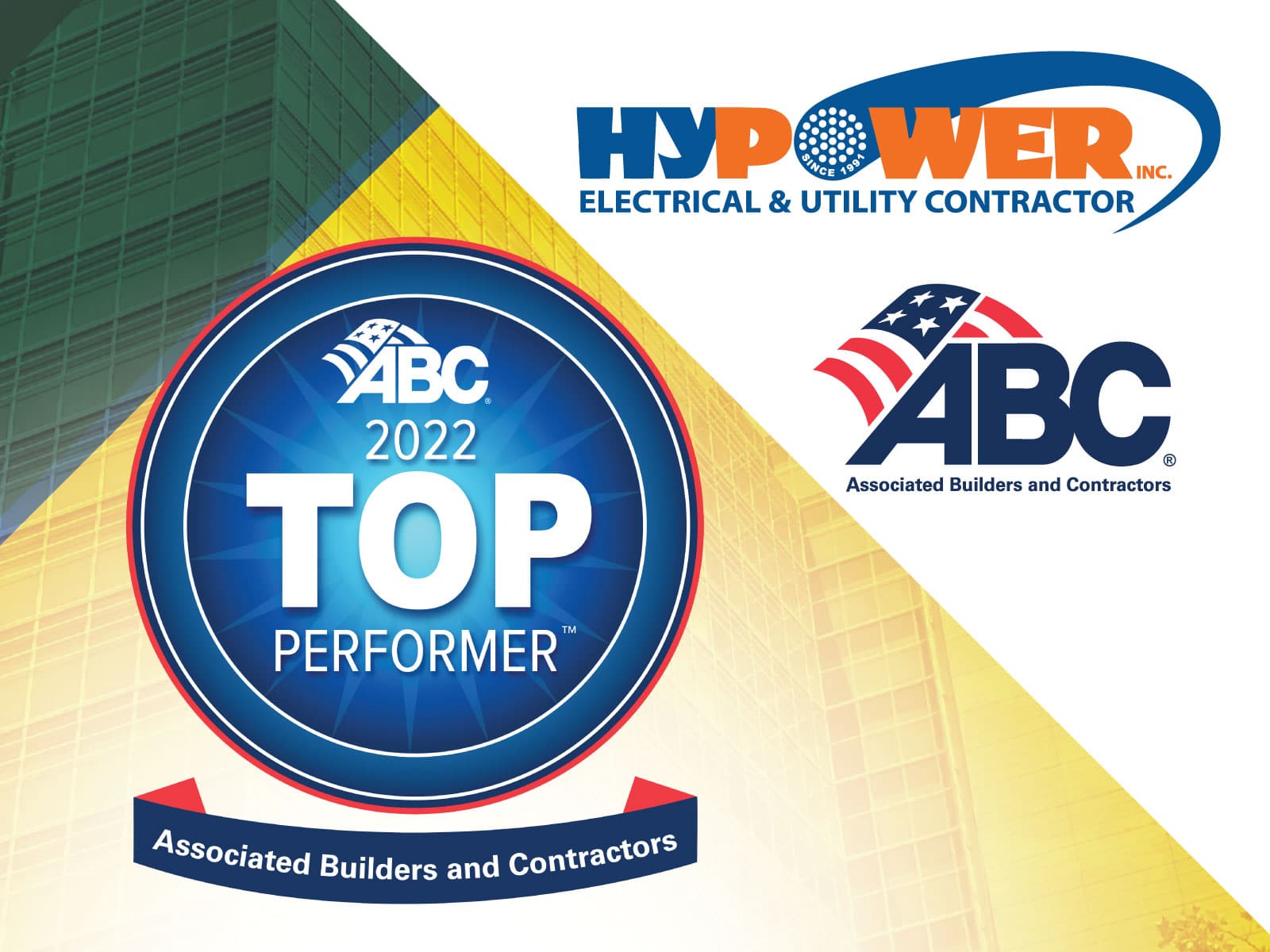 “We are very proud of this accomplishment,”, said Bernard Paul-Hus, president of Hypower. “Our core values are relationships, professionalism, results, continuous improvement, and supporting our community. We strive to always exceed clients’ expectations with integrity and professionalism.  To be ranked by ABC as a Top Contractor in the United States is a great honor.”

The listings highlight contractors that have earned ABC’s Accredited Quality Contractor credential for their commitment to corporate responsibility in quality, safety, talent management—including inclusion, diversity and equity—education and community relations; those that won national Excellence in Construction,® Safety Excellence and Inclusion, Diversity and Equity Excellence awards; and those that hold designations awarded to diverse companies to help procure work from government and private entities.

“This is such a great honor and I’m so proud of the commitment to excellence and safety every one of our employees shows day in and day out,” said Jeff Emerson, vice president at Hypower. “Their passion to be the best allows Hypower to deliver consistently great results to our customers.

Hypower invests in and attributes its successes to its people, and its value proposition gives their employees purpose, delivers quality to their clients and strengthens their bottom line,” said Michael Bellaman, president and chief executive officer of ABC. “Congratulations to Hypower for raising the bar in developing people, winning work, and delivering that work safely, ethically, and profitably.”

Through STEP, AQC, and other robust ABC programs, ABC Top Performers demonstrate they:

More about the 2022 Top Performers lists at https://www.abc.org/Membership/Top-Performers.